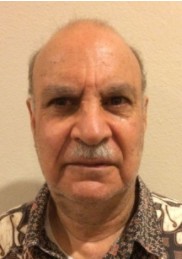 After earning his Ph.D., Kazem Mahdavi worked at SUNY Potsdam from 1983 to 2006 as a Mathematics Professor. Since then, he worked at University of Texas at Tyler as Mathematics and Computer Science Professor until 2013. After visiting Ithaca College as a Visiting Professor of Mathematics, he joined SUNY Korea as a Research Proesor in 2015.