[Seminar] Role of an unclassified Lachnospiraceae in the pathogenesis of type 2 diabetes: a longitudinal study of the urine microbiome and metabolites on October 21, 2022

About the Speaker
Dr. Sungho Won is a Professor in the Graduate School of Public Health at the Seoul National University. Before that, Dr. Won has worked as an Assistant Professor in the Dept of Applied Statistics at Chung-Ang University, and as a Postdoctoral Fellow in the Dept of Biostatistics at Harvard School of Public Health. Dr. Won received his Ph.D. degree in Biostatistics from Case Western Reserve University, MS degree in Statistics and BS degree in Biology Education from Seoul National University. His research interests are in Statistical Genetics, Bioinformatics, Linear Models, and Missing Data.

Abstract
Recent investigations have revealed that the human microbiome plays an essential role in the occurrence of type 2 diabetes (T2D). However, despite the importance of understanding the involvement of the microbiota throughout the body in T2D, most studies have focused specifically on the intestinal microbiota. Extracellular vesicles (EVs) have been recently found to provide important evidence regarding the mechanisms of T2D pathogenesis, as they act as key messengers between intestinal microorganisms and the host. Herein, we explored microorganisms potentially associated with T2D by tracking changes in microbiota-derived EVs from patient urine samples collected three times over four years. Mendelian randomization analysis was conducted to evaluate the causal relationships among microbial organisms, metabolites, and clinical measurements to provide a comprehensive view of how microbiota can influence T2D. We also analyzed EV-derived metagenomic (N = 393), clinical (N = 5032), genomic (N = 8842), and metabolite (N = 574) data from a prospective longitudinal Korean community-based cohort. Our data revealed that GU174097_g, an unclassified Lachnospiraceae, was associated with T2D (β = -189.13; p = 0.00006), and it was associated with the ketone bodies acetoacetate and 3-hydroxybutyrate (r = -0.0938 and -0.0829, respectively; p = 0.0022 and 0.0069, respectively). Furthermore, a causal relationship was identified between acetoacetate and HbA1c levels (β = 0.0002; p = 0.0154). GU174097_g reduced ketone body levels, thus decreasing HbA1c levels and the risk of T2D. Taken together, our findings indicate that GU174097_g may lower the risk of T2D by reducing ketone body levels. 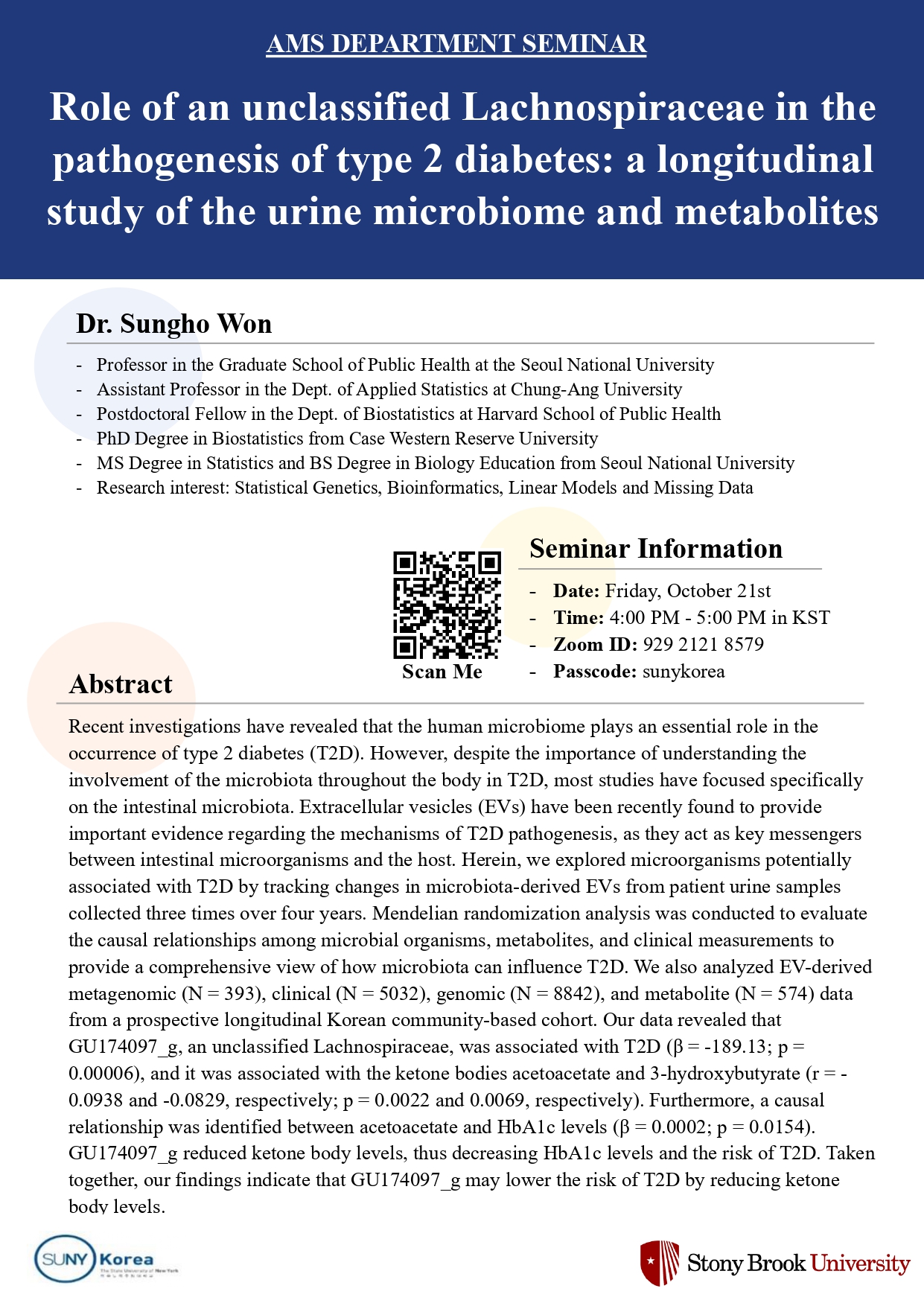